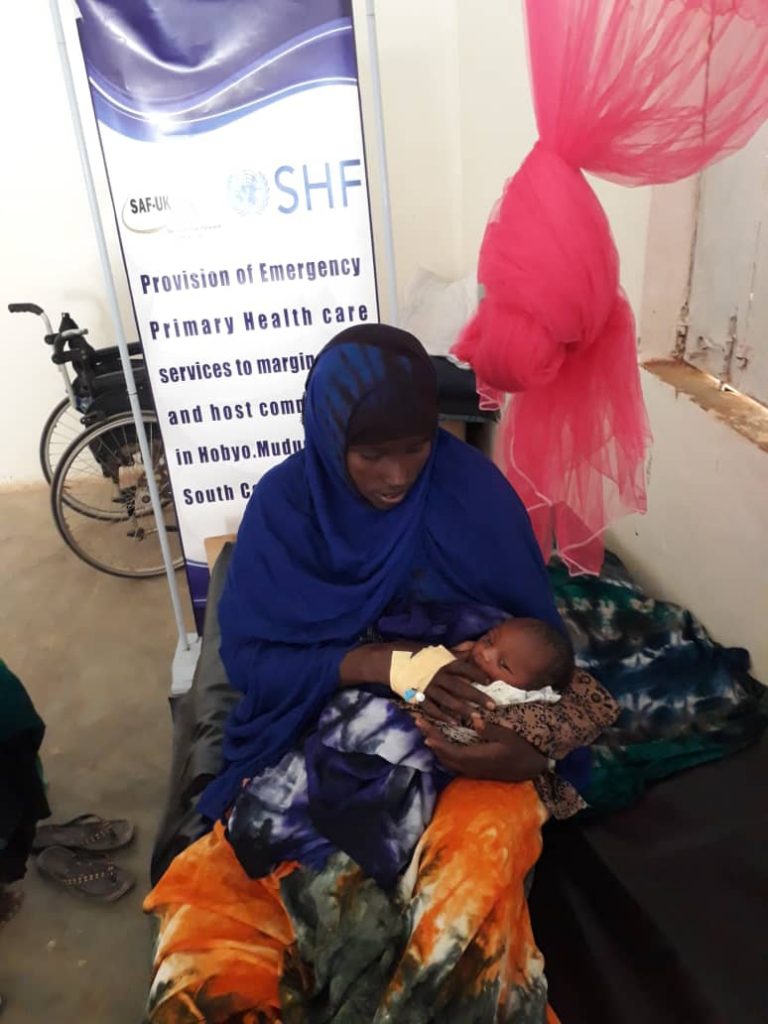 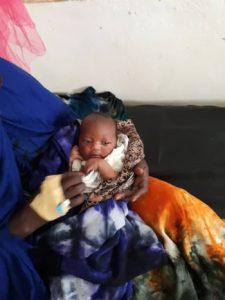 Farhiye Qasim Said, 36 and mother of 12 is a happy woman now that she has delivered a healthy baby at the SAF-UK Bandiiradley health facility. This has not always been the case. She has suffered tremendous loss over the years after losing 3 of her children.

After fleeing her village in Jariiban district due to famine, she and her husband settled in Bandiiradley to raise their family. As is the norm in remote villages dotting the harsh Somali landscape, pregnant women often rely on local untrained midwives to assist in home delivery. When she was pregnant with her sixth child, she got into premature and prolonged labour which led to the still born death of her baby. With the nearest hospital hundreds of kilometres and no means to travel, the local midwife could not do much to help her. She was devastated.

She went on to become a mother of 11 children by age 34. Unfortunately, she lost one of them to a measles infection and another to a cholera outbreak that ravaged her village.

When the SHF funded SAF-UK health program began in June 2019, she was 8 weeks pregnant. She found out about the maternity services offered at the facility from a friend of hers who attended the community conversations at project inception.

Farhiye enrolled for ANC sessions and IYCF counselling at the facility. According to Khadija, SAF-UK midwife at the facility, Farhiye has been dedicated to attending all the monthly sessions for routine screening. Thanks to her commitment, nurses diagnosed her with mild anaemia early and put her on micro-nutrient and ferrosulphate supplements and she recovered well .

On 13th January 2020, Farhiye delivered her 12th child weighing 3 kilograms. She is grateful to the SAF-UK team and especially to Khadija, a midwife.

“I’m grateful to Khadija and her colleagues at SAF-UK for the good care I received when I came to deliver my baby. They were very helpful during my pregnancy when I used to come for ANC sessions. Now that I’ve delivered my baby successfully, I will follow their advice on breastfeeding and also come for vaccination and the PNC sessions. This time I will ensure he gets all the vaccinations so that I don’t lose him. ” a smiling Farhiye said as she held her baby close to her bosom.

The health situation in Hobyo district, Mudug region of Somalia remains fragile with women and children being the most vulnerable. Thanks to SHF funding, we have successfully delivered 206 babies in across all our health facilities in Hobyo district since project inception. SAF-UK has also provided 4261 ANC/PNC consultations to pregnant and lactating women in remote villages in the area. 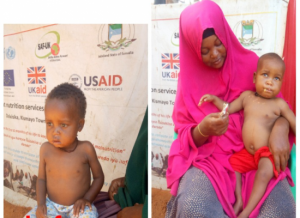 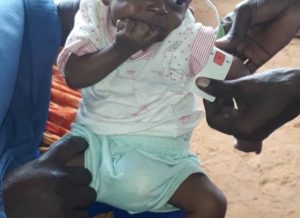 DOUBLE TRAGEDY: SAF-UK empowers a mother to save her twins from malnutrition